I’m researching the gig mindset. I do NOT mean external gig workers or freelancers or members of what is commonly called the gig economy. I mean salaried people who work inside organizations, but behave in ways similar to external freelancers. 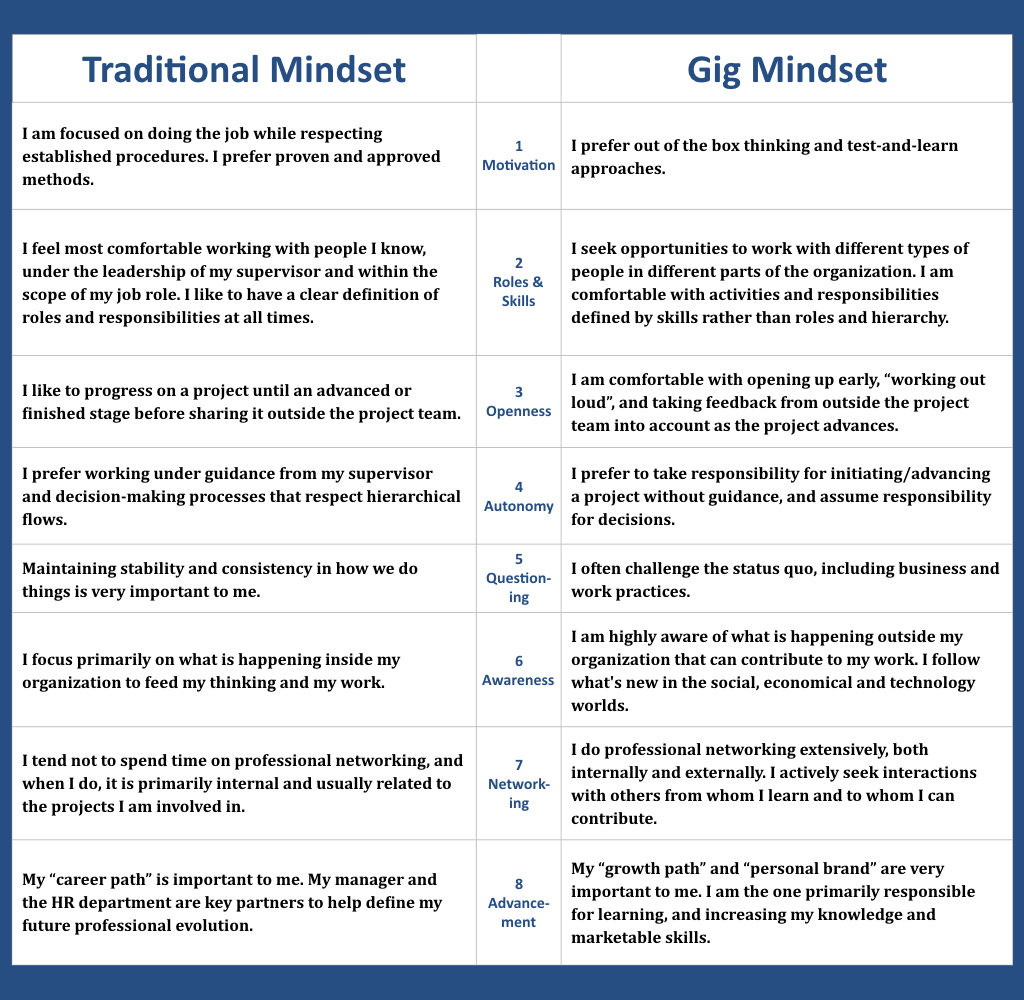 Sign up for my Briefing Notes. 6 issues per year.

You will receive an email asking you to confirm your subscription. Please add my email (jane at netjmc.com) to your contacts list to make sure you receive the Briefings. If you have any questions, get in touch. Thank you! Check out past Briefing Notes.
Contact information

People, work cultures and leadership are out of synch