A senior test engineer in a global industrial company based in Europe shared how he and colleagues worked to bring visibility to new ways of working, or what I call the gig mindset:

“Some more radical things were coming from the idea that, if we are going to change a company as large as ours, it’s not any different to change in society, so why don’t we do things like civil disobedience. The idea was actually protesting, peacefully in an open area where senior managers would see us. We wanted to demonstrate what we are already doing, and make it inclusive, so others can see and join us.” The initiative worked well because several top leaders were asking why HR was not involved. The answer was they had not seen any reason to involve HR. It was a people-led movement. He explained:

“What’s happening is not based on a method or a model. In fact, people all around the organization are experimenting with different ways of working. Our goal is to help them share what they are doing.”

This is very much the gig-mindset approach inside the workplace. This article looks at five attributes that gig-mindsetters bring to organizations. The impacts are sometimes visible, sometimes hidden. They tend to make management uncomfortable because they go against traditional behaviors and ways of working. The new behaviors are considered to be deviantways of working. Most senior managers are blind to the positive side of the deviance and do not understand the value of what the gig mindset brings. Each point below is developed in detail in my upcoming book, but I will summarize them here:

The goal of the table below is to show how behaviors can be perceived as a deviance or a positive deviance. A positive deviance is a behavior that is uncommon, deviates from “normal”, but brings value. Of course, this is not a black-and-white situation. There are other factors involved when it comes to how the behaviors happen but that’s a subject of a different article.

When something seemingly positive is resisted, it is important to understand the thinking–reasoned or emotional, that underlies the opposition, in order to better overcome it. 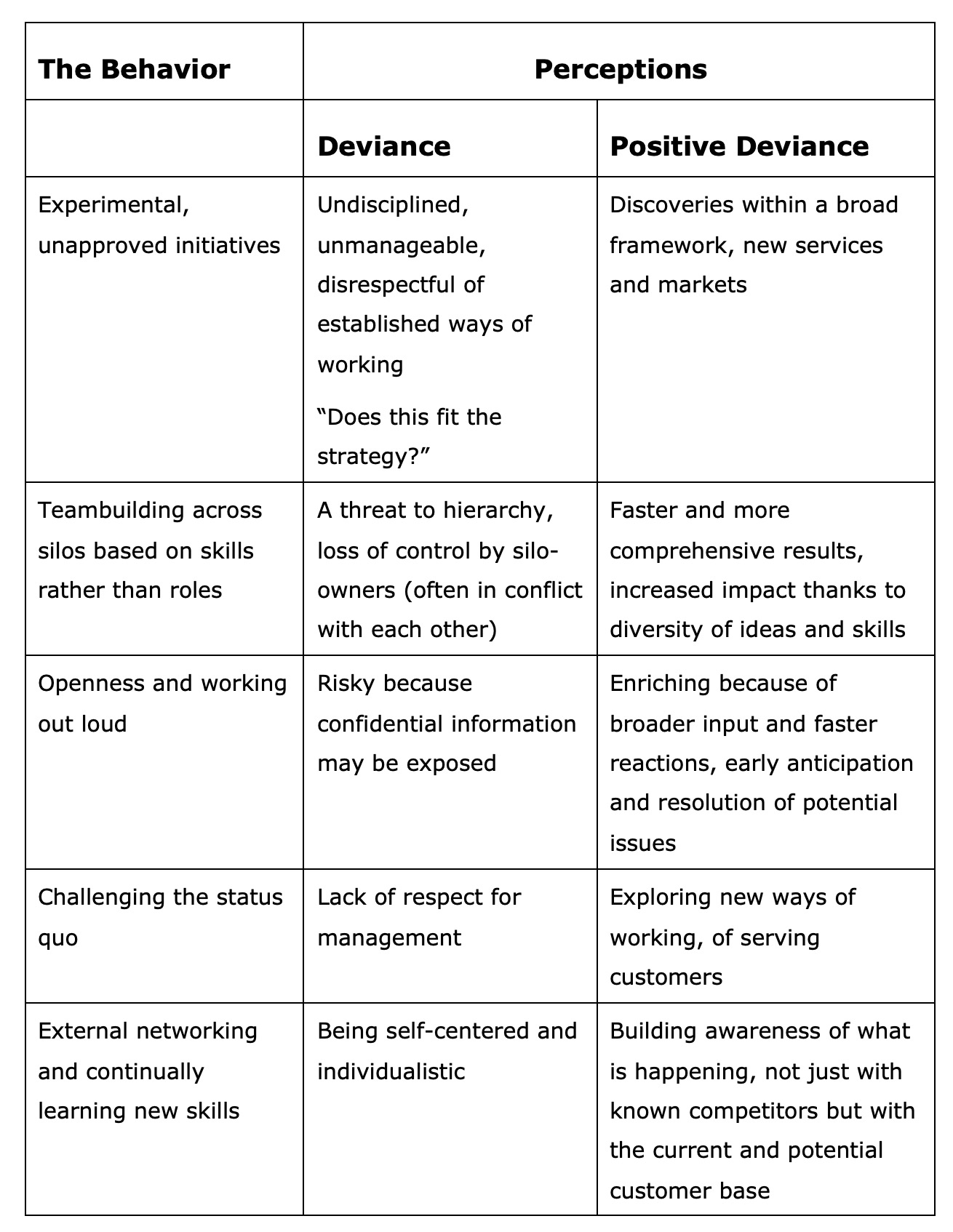 Read part two about Strategic Blindness and let me know what you think.

The table is work in progress, and I’m interested in your feedback.

Get in touch on Twitter @netjmc (DMs are open) or here or on the LinkedIn version of this article where you can comment: Strategic Blindness

Stories from the Future