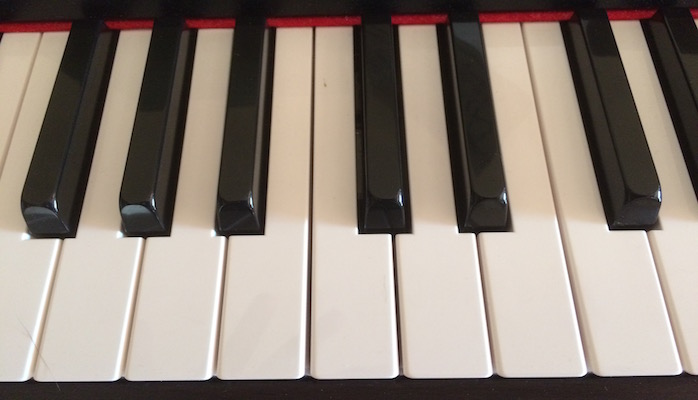 Learning Chopin while managing crises and being true to your purpose

I recently read Play It Again, by Alan Rusbridger, editor of The Guardian newspaper and website. The book triggered a new interest in The Guardian and it also got me back on the piano.

Alan Rusbridger’s yearlong journey to learn Chopin’s Ballade No.1 is the primary story line for this book. However for me, the background stories about courage and whistleblowing, illustrated by the following three examples, were more compelling:

In Play it Again, Rusbridger talks like a true leader – vision combined with humility. Vision for leading The Guardian into the digital age, and at the same time becoming a worldwide model for freedom of the press. Humility for describing how nervous he was, at many points, over the year as he went to piano camp, practiced in 15-minute segments a day, played for small audiences yet felt he would never reach his goal of mastering the Ballade.

Fulfilling purpose and going beyond the surface

But what is true purpose? Frederic Laloux,  author of Reinventing Organizations, asks: “Why do organizations exist in the first place, and why do they deserve our energy, talents and creativity?”. He says that the most advanced organizations have an overriding sense of purpose: “We can expect that purpose, more than profitability, growth, or market share, will be the guiding principle of organizational decision-making.” As for newspapers, their purpose in theory is to provide news and information about the world around us.

The Guardian has gone deeper into their purpose than most of their peers.

Whistle blowers take risks. They need support. Some are ignored, many even punished rather than thanked. If I know something that needs to be told, do I do it or not? It is a personal decision on the part of the people themselves, and Linda Almonte’s story  as a corporate whistleblower is worth a read. Interesting historical fact: The first documented whistle blower, Samuel Shaw, blew the whistle on the US Continental Navy in 1777. This led to the first whistle blower law in the US which passed in 1778.

What is your organization’s purpose and how do people participate?

Is the purpose of your organization formulated? Communicated? Understood?

And if so, does it deserve peoples’ energy, talent and creativity?  Are employees in your organization able to simply stand up and speak out when they have opinions or ideas on how to improve things? I’m not even talking here about the extreme of whistle blowing but simply free and open speech, including criticism that can help your organization better fulfill its purpose.

My research over the past seven years shows that digital workplaces are slowly beginning to help liberate people and voices.  Enterprise social networks could enable open, productive conversations, and deployment has slowly increased over the last 6 years, but work practices have not kept pace. Many people today work in organizations that do not have a culture of trust and dialogue.

We all know change is slow. How can you make a difference?

Where to start? Where you are.

The best place to start is where you are. Think about working out loud in your own case. Working out loud brings visibility and triggers involvement.  Demonstrate working out loud like Jonathan Anthony at Teekay Corporation does here. You might have surprising results. At minimum, you’ll get people thinking.

In the meantime, back to my piano

Play It Again has re-ignited my own piano playing which I dropped many years ago. In my student years, I was a organist for a smallish church in Arizona for several years, I played one night in a local nightclub in California, and I earned my spending money in college teaching piano to children. In France, I lived for a time in St Paul de Vence, a village with tourists in the streets non-stop in the summer time. One day, after finishing some playing around with jazz tunes with the kitchen window open, I heard applause coming from the street. Amazing but true. That was my last public performance! Time to take it up again. Thank you @alanrusbridger. 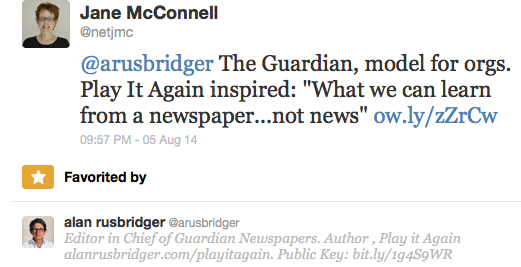 And thank you, Martin, for the copy of Play It Again.