One might expect younger people to be more gig-mindset oriented at work. That’s not what the data show! 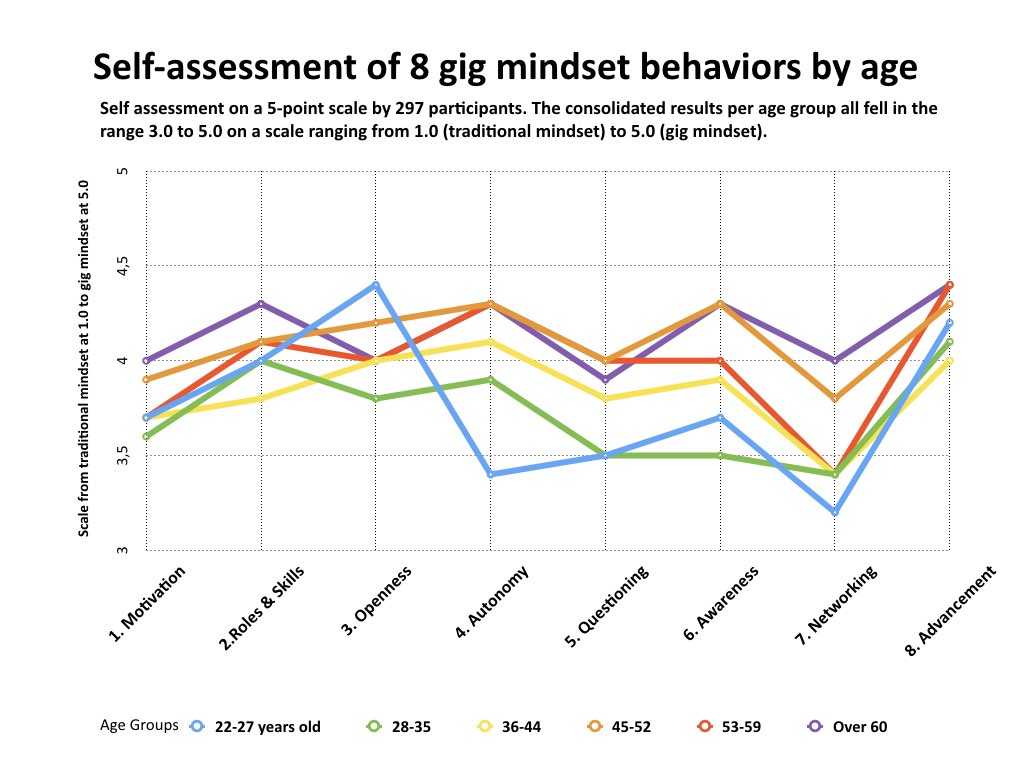 The survey data show that older workers are more likely to have a gig mindset approach to work whereas the younger age groups self-assessed at the lowest level in the survey population. Unsurprisingly, the younger workers rate themselves significantly lower on behavior 4: assuming responsibility outside of hierarchical systems.

At the same time we see the younger workers far higher on Behavior 3 than older workers. They are more likely to work openly, which fits what a lot of people say about the incoming generation of workers who have grown up on the web and are more accustomed to sharing ideas and information in social media spaces.

This chart is Figure 4 for “How a Gig Mindset Inside Organizations Will Shape Our Future”, published on LinkedIn and as part of a series of posts for the 10th Global Peter Drucker Forum blog. 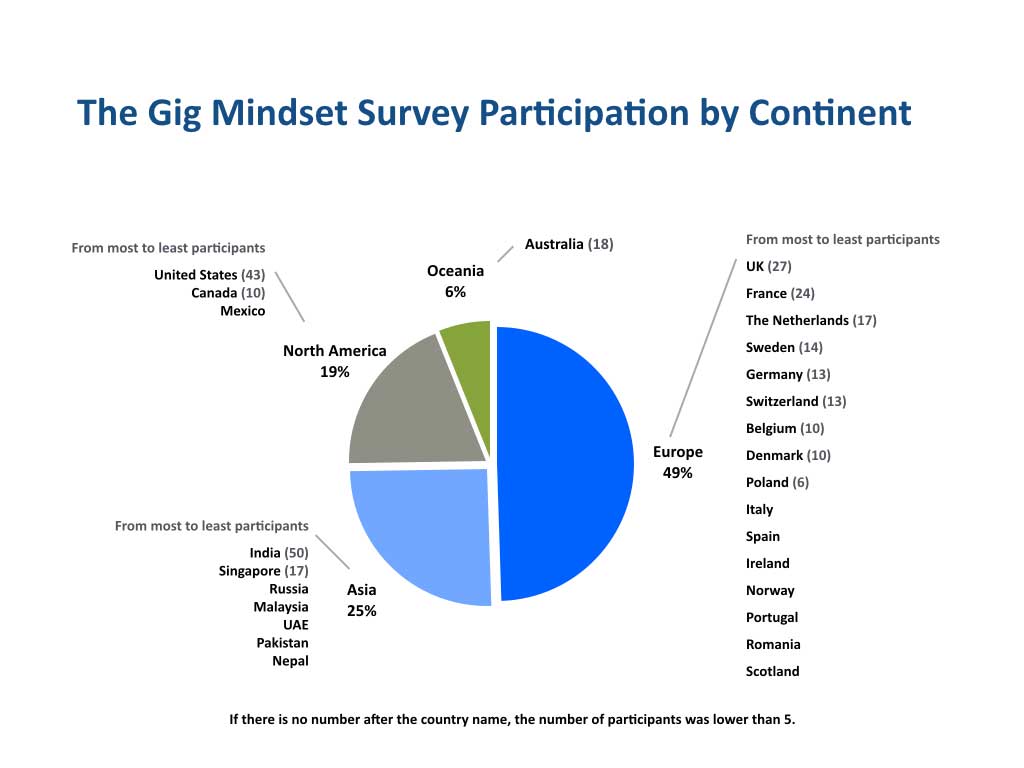 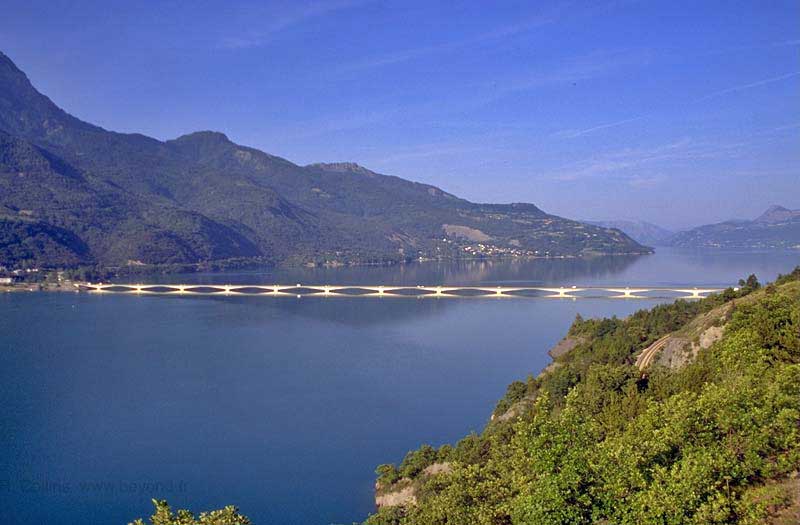