Intranet = the way of working now or very soon 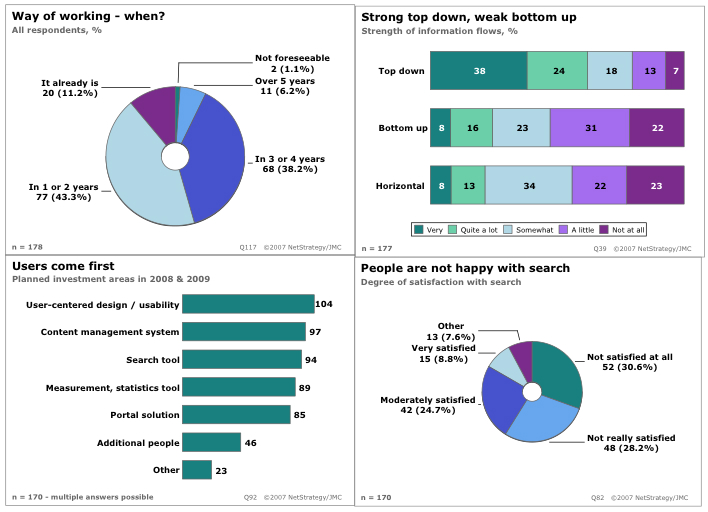 Fears for an “underground” intranet unfounded

The top 3 obstacles according to 2 out of 5 organisations considered to be “a serious obstacle that holds us back” are:

About the 2007 Global Intranet Survey

178 companies and organisations around the world participated in the second annual Global Intranet & Portal Strategies Survey. They include 45 % headquartered in Europe, 43 % in North America, 10 % in Asia-Pacific and 2 % in other parts of the world. 72 % are in the private sector, 20 % in the public sector, 4 % are associations, and 4 % are extraterritorial world bodies  and NGOs.

Over half the organisations have more than 15,000 employees, including 13 % with over 100,000 employees. All areas of activity are represented from services to goods, basic materials, technology and many others.