How is the gig-mindset way of working part of different organizational functions? The data show interesting differences. 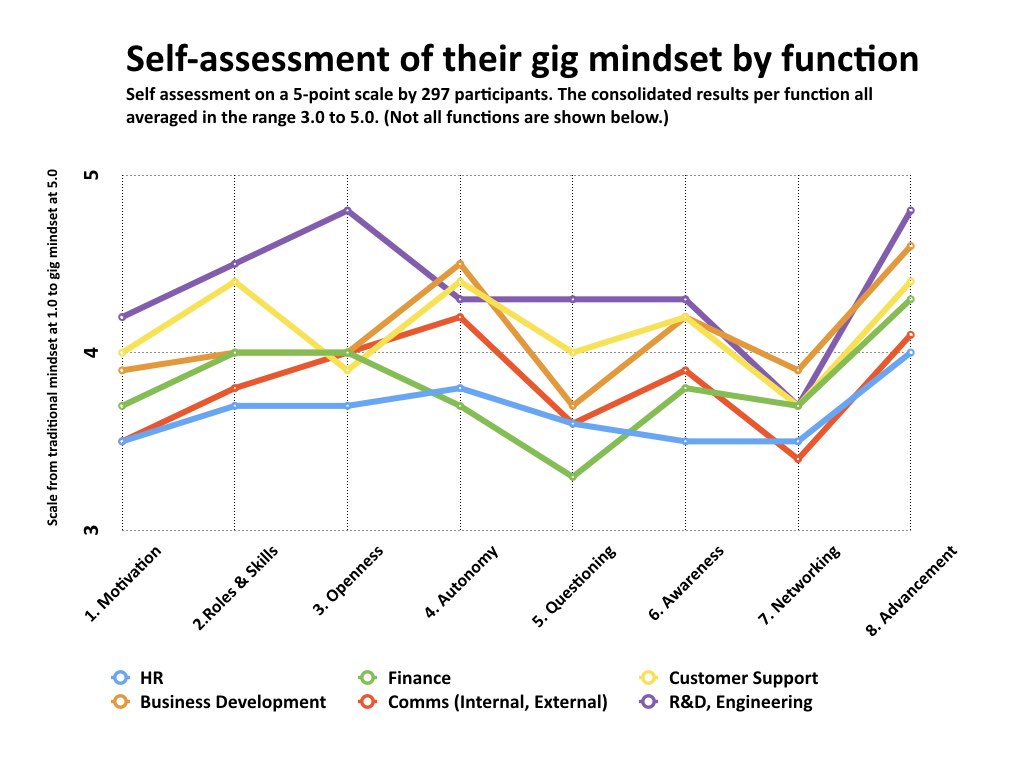 R&D – People in R&D and Engineering seem to have the strongest gig mindset orientation. Not surprising, given their vocation of discovery, experimentation and innovation.

HR – People in HR self-assessed themselves at a level which is lower overall than the other roles. Based on my data over 10 years of annual surveys on the organization in the digital age (here and here), HR was slow to come on board to digital in general, but when they did, they had great impact. We may see the same evolution when it comes to the internal gig mindset.

Being on the edges of the organization tends to make people more gig-mindset oriented.

They were also the leaders of the internal movement towards BYOD (Bring Your Own Device) at a time when it was not accepted. Why did they lead? Because they needed it. I see a similar motivation for gig-mindset ways of working: because we need to work that way to achieve our goals.