Is Your Work Culture Conducive to Digital Transformation? — The Data

I have explored digital transformation in my annual, online surveys with organizations around the world over the past nine years. The charts on this page correlate work cultures with obstacles to transformation.

The Foundational Framework defined by myself with support from members of the 2013 and 2014 survey Advisory Boards serves as a basis for much of the analysis over the past two years.

I have grouped the toughest obstacles – those rated as serious and holding us back — into five categories. (Descriptions at the bottom of this page.) The four characteristics of work cultures listed below are correlated to the severity of the obstacles. 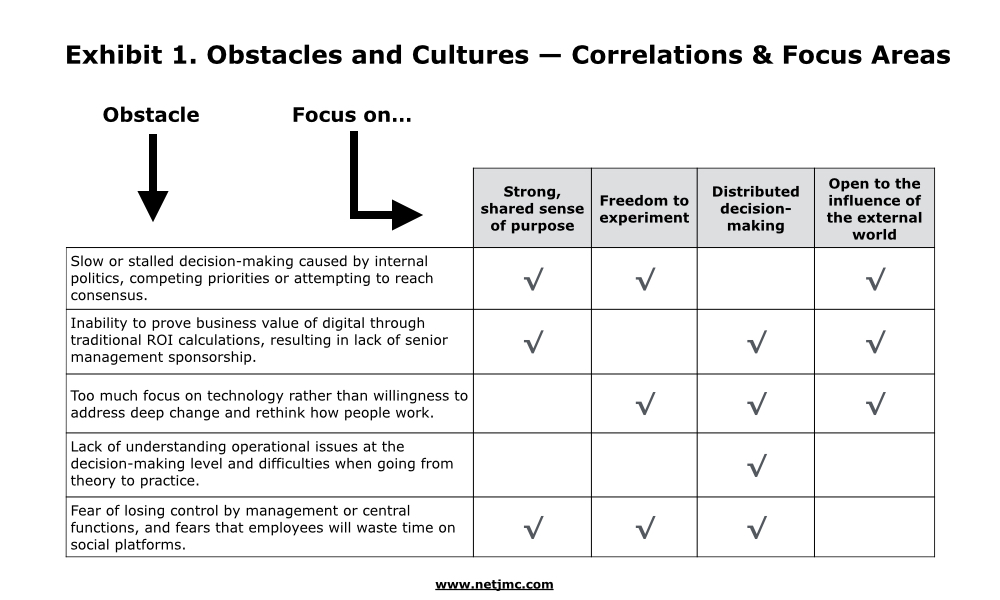 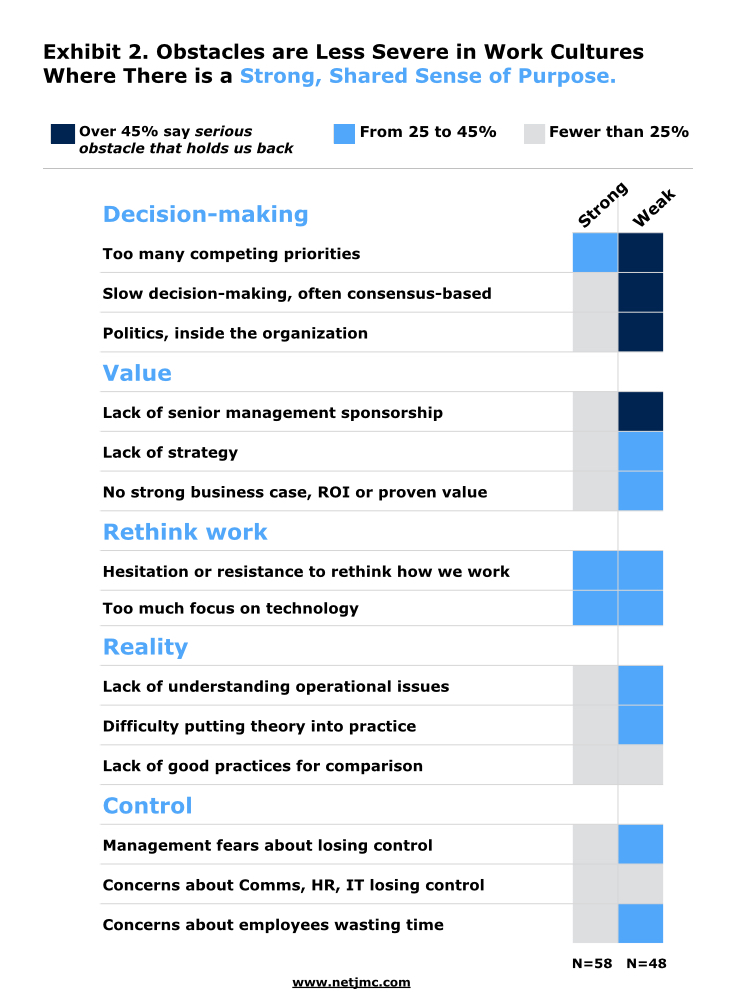 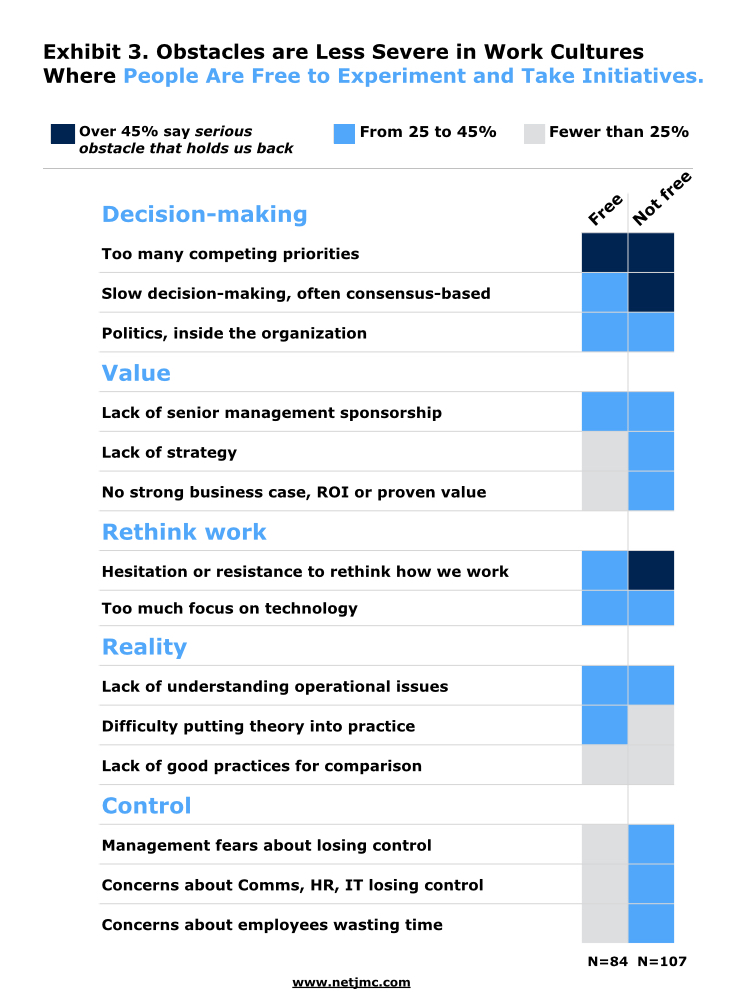 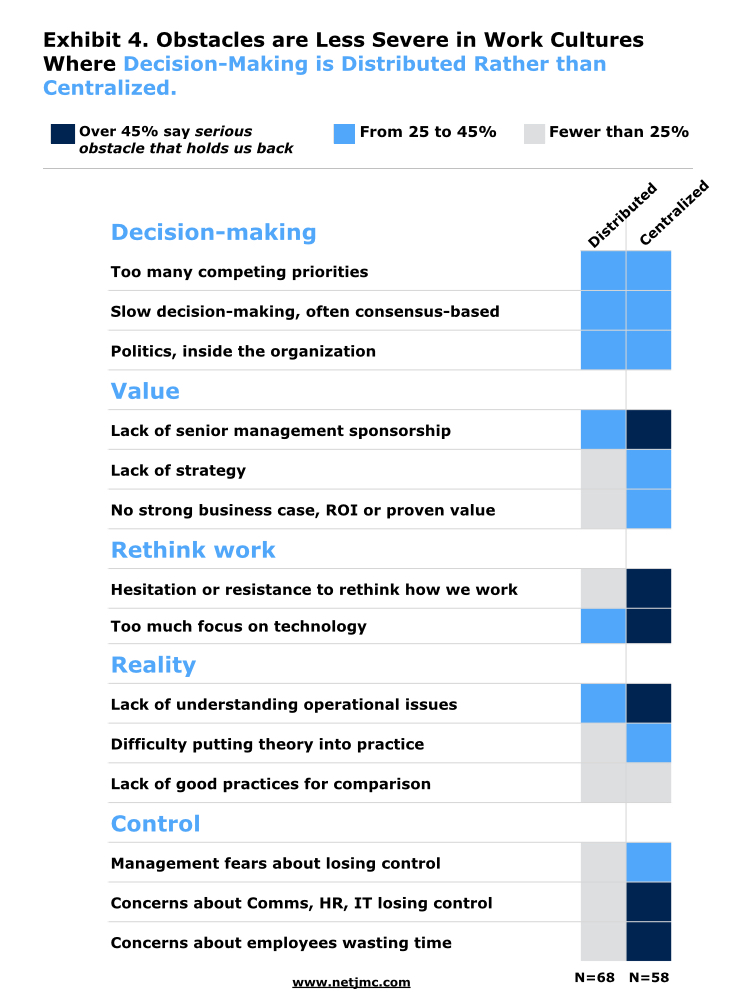 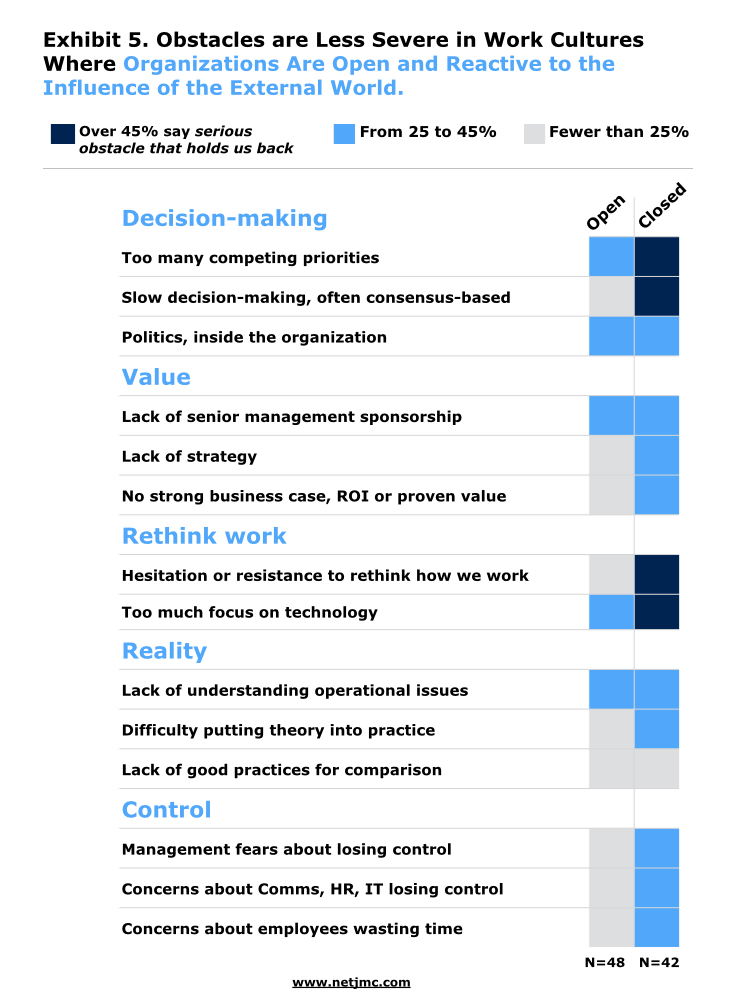 Figures are based on data collected in annual surveys with participation from an evolving base of approximately 300 organizations headquartered in Europe, North America and Australia-Pacific. They operate in different sectors, and have workforces ranging from fewer than 500 to over 100,000 people.

The 9th annual global survey included 373 people from 26 countries representing 280 organizations. Participants responded to an in-depth online survey of 140 questions. The data was collected between October 2014 and early January 2015. The report — The Organization in the Digital Age — was published in March 2015.