Where are change activists effective?

A change activist (or agent) is a type of rebel in the work environment. I’m not talking about people appointed by management to bring about change such as a Director of Change. Instead, I’m referring to those unofficial, usually unrecognized people in organizations who see that something needs to be changed and are doing something about it.

Change activists play an especially critical in organizations with one or more of these characteristics, which in fact are often found together: (1) highly centralized, (2) very closed —with little awareness of the external world, and (3) low digital maturity.

In closed organizations, with little awareness of the external world, internal change activists are the top change influencer, followed by a sense of why and behavior of colleagues.

The more digitally mature the organization, the lower the need for change activists.

How can professional services, a digitally mature sector, be so dependent on change activists?

Because, in spite of it’s digital maturity, the professional services sector has something in common with government and education: a relatively closed work culture.

Whereas they have lots of communities (Exhibit 2), they are limited to internal members of the company.  In fact, the professional services sector is more closed than the government and educational sectors when it comes to working with external people in their online communities. (Exhibit 3)

With the exception of project communities, professional services have practically no cases of communities where both internal and external people work together. Perhaps this is not surprising in such a competitive environment. We can conclude that communities are powerful vehicles for stimulating evolution, but not in all cases.

What we learn from the professional services context is that the existence of communities is not sufficient to stimulate change. If they are primarily closed upon themselves,  useful as they may be, they are unlikely to be effective as vehicles for change. 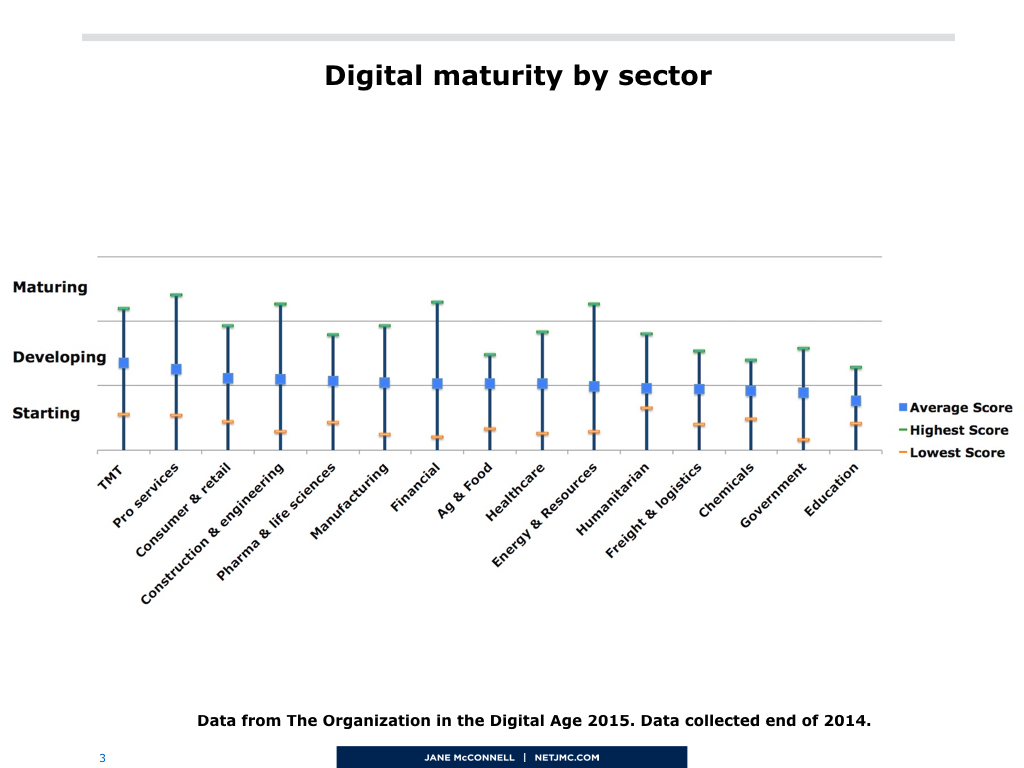 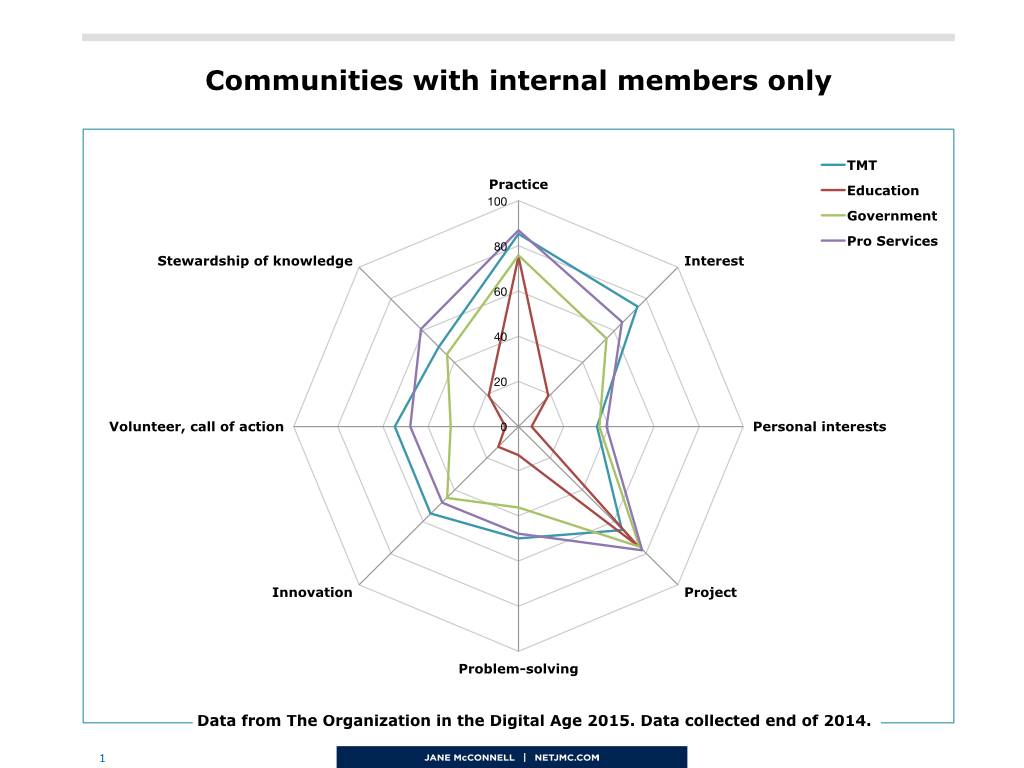 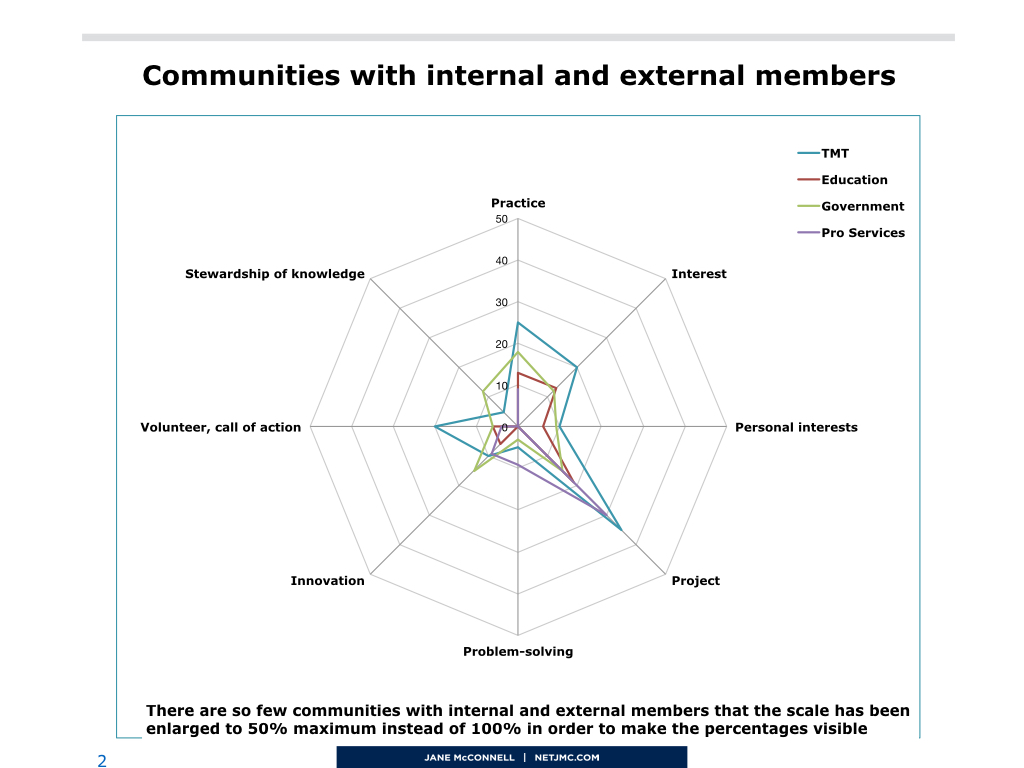