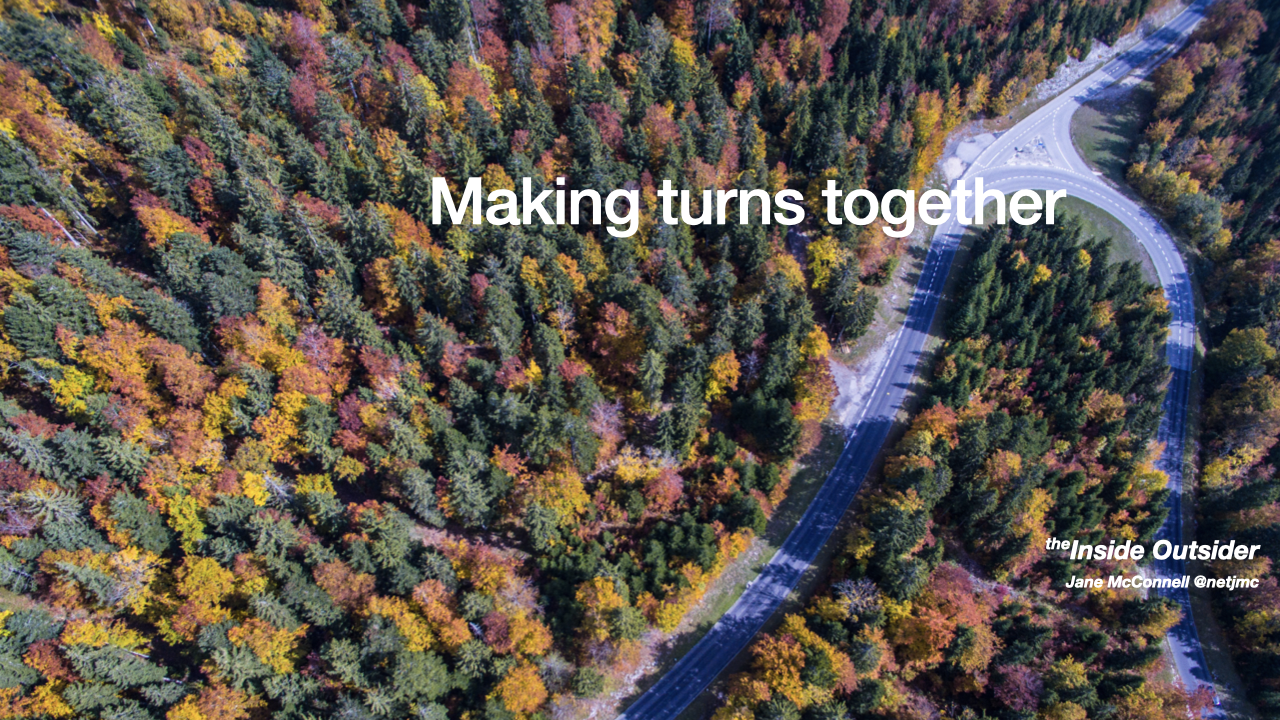 Why avoid consensus? Isn’t that a good thing?

No, in fact, in today’s volatile world consensus is dangerous. Once considered a noble goal to achieve before making a decision, consensus is not effective in a volatile environment.

Trying to build consensus actually decreases resilience because it means there will be a limited number of opinions and options to consider when a crisis hits and decisions need to be made quickly. In addition, as we live a period of permanent uncertainty, today’s consensus will likely be wrong tomorrow. (extract from The Gig Mindset Advantage: A Bold New Breed, page 65)

So how can we make good decisions, hold people together yet not rely on consensus?

My answer: By building a framework of 3 or 4 strategic principles and by doing this collaboratively bottom-up and horizontally across the organization. This does not work if it is purely top-down.

I want to share two firsthand experiences, the first in a UN group and the second in a global luxury company. You could not find two organizations more different! But people are people and the dynamics are the same.

A global humanitarian organization working on the front lines in life-or-death situations around the world had started a multi-country digital initiative. The goal was to get information on the intranet to its constituents in near real-time while respecting confidentiality. The stakes were high because the group operated in politically sensitive contexts in many countries and information shared publicly could trigger serious political backlash.

The project had been paused for 18 months when I was called on to help them find a way through their consensus conundrum. The main stakeholders at headquarters had reached a standoff, unable to achieve consensus on key points about structuring the intranet and publication and access policies.

After several intense workshops, I got them to agree to a new governance principle : A single senior leader, with the obligation to consult all other senior leaders, would make final decisions. Those 18 months had been lost for the front-line people trying to get information they needed because of organizational politics. The new mindset:

“I’m responsible, but I need to consult everyone who is impacted.”

The principle was approved at the highest levels, written down in a simple document and immediately put into practice. It’s very simple. Nothing innovative. But they had not considered this approach until I talked them into it, stressing the advantages for everyone. All the players involved showed a sense of relief, no one felt excluded and the project advanced rapidly. Making everyone feel involved is key to this approach.

A big brand standoff, on the verge of failure

The second case I want to share: Some time ago, I worked with a global company in the luxury sector, headquartered in Paris. The individual brands were much stronger than the global company brand. I had been called in to work with the project steering group, made up of members from each brand and HQ. They were working on a global internal digital work platform and struggling with how the global HQ people wanted to define the digital strategy versus how individual brand teams had already defined theirs. The brands varied from old, elegance in clothes and shoes to young dynamic sportswear. You can imagine how different their digital approaches were!

We had at least five radically different ideas in the room. So, I guided the project steering team through an exercise where they identified three key principles. On the basis of these principles, individual brands were free to do as they wished. At the end of a long day, everyone had a good feeling, knowing their earlier work was intact even if much of it differed from another brand in the group. They settled on three principles they felt reflected their shared values:

The digital workplace, whatever the brand or country, should:

These principles are simple, logical, and hard to agree with. They make sense. However they act as boundaries when people attempt, deliberately or inadvertently, to gain step around them for their own internal reasons.

Surprise, surprise! At the next work session a few weeks later, the oldest and strongest brand team announced they had decided to keep their current intranet in place, rather than joining the group digital initiative. They tried to reassure the others by promising to add a link between the their site and the others. It looked like the group project was falling apart.

However, after much discussion, the strong-brand team agreed this was in conflict with the first principle: strengthen the links among us. They gave in, and the global project, which had nearly fallen apart, remained intact.

Using the three agreed-upon principles as a starting point made the project resilient. It did not collapse at the first sign of dissent. The brand teams had freedom, but only within the boundaries of the principles. Pre-agreement is key to this approach, because everyone feels ownership of the principles.

These are my personal takeaways from the two cases;

Share your thoughts in the comments on the original post on LinkedIn (from February 4, 2022) and see what others think.

Check out my 2017-2018 article https://sloanreview.mit.edu/article/neutralize-internal-politics-in-digital-initiatives/ ) and download the presentation I used for the webinar organized by MIT Sloan Review. It may help you work your way forward in your own organization if you’re finding yourself stuck.

Q&A: Here’s an article I wrote after the webinar and receiving so many questions that we ran out of time.